September, only one week left

I've been a bit down and out.

There have been health issues.

I even went a whole month with only about ten minutes in total of knitting time (almost unheard of in my life).

But, I'm starting to get back on my feet.

In the meantime, my newest grandson has joined my family (there will be more baby pics with knitting).

And I'm going to be moving soon.

And classes are starting soon.

And I'm back to work in the office and everything (instead of just working from my bed in my pj's).

I'm keeping my knitting low-scale this term in HPKCHC to accommodate my life 'events'.

Mostly a couple of baby things, and lots of hats... and a medium-sized Order Mission which is my only big project right now. 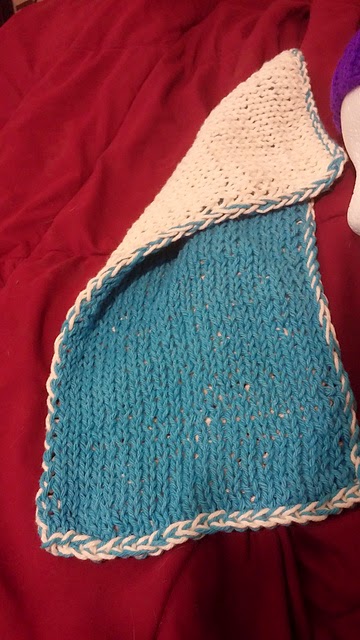 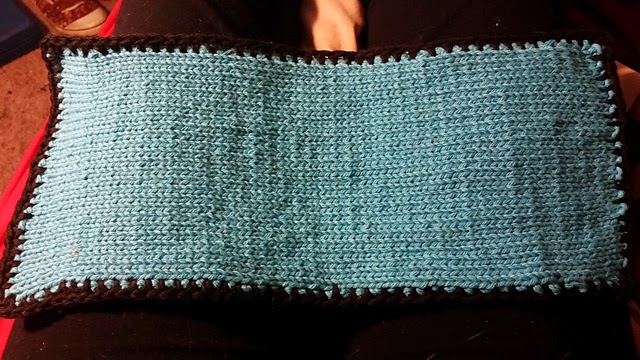 These were made after I noticed that the favorite knits my kids were using with the baby were the washcloths... and they had made an appearance because they kept running out of burp cloths. I was curious if a double-knit or double-layer would be useful. Since these have since been spotted in various locations after use - I'm thinking that they probably are being used pretty often.

I do think though - that I'll probably pick up a pack of cloth diapers for them for the purpose of more burp cloths.

And then there have been hats... lots of hats.... these are basically adult hats - some have been inspired by the golden pear pattern. EXCELLENT use of scraps... and I'm hoping to be down a 1000 yards or so for hats this month and again next month - maybe my stash pile won't be quite so overwhelming after I move (doubtful... but a girl can dream). 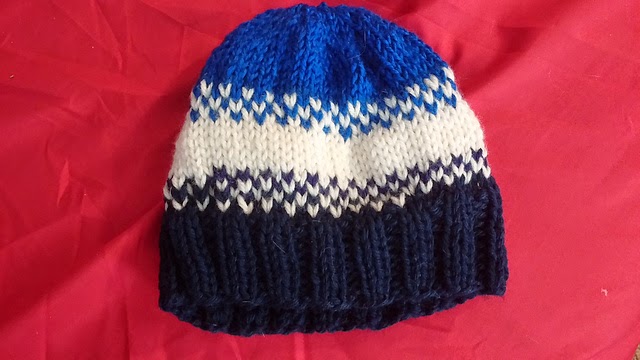 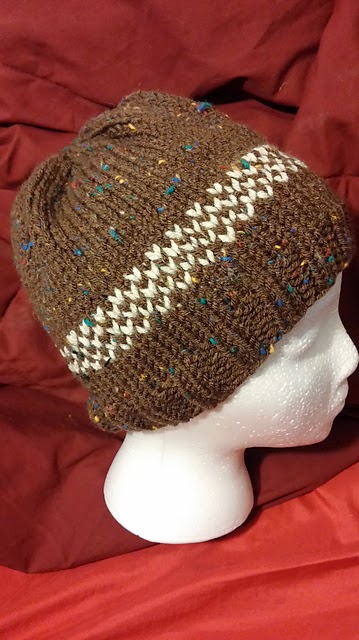 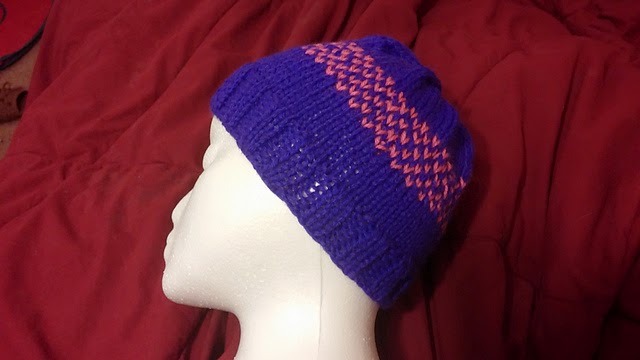 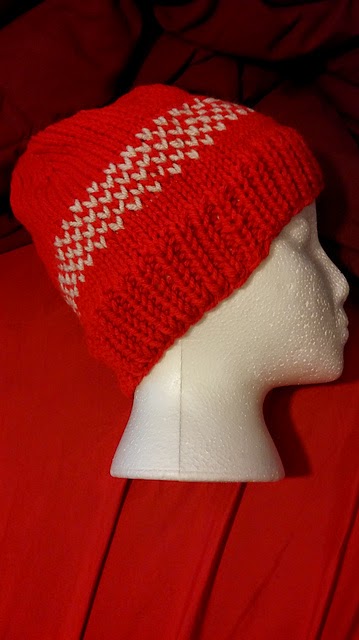 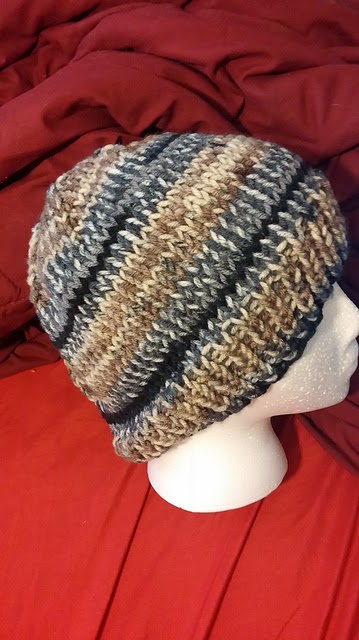 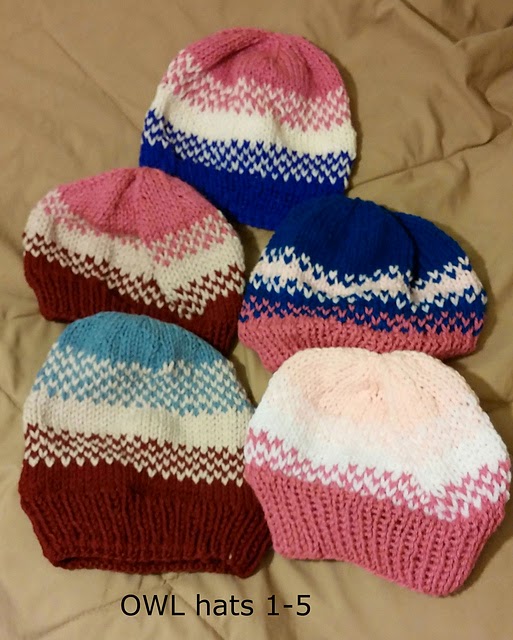 Charity hats the lot of them... though I may have to see shortly if there isn't a hat for Mr A (elder grandson) that might be on my to-do list.

And then, I almost forgot the socks I whipped up for little a (my youngest son). He's outgrown all his hand knit socks and all but the most recent couple of hoodies.... which means that he would really like more hand knits. His feet are as wide as mine, and almost as long. Since he loves the thick slipper socks as well as anything (and worsted weight is so much fast to knit anyway) - I whipped out a pair of slipper socks last week. 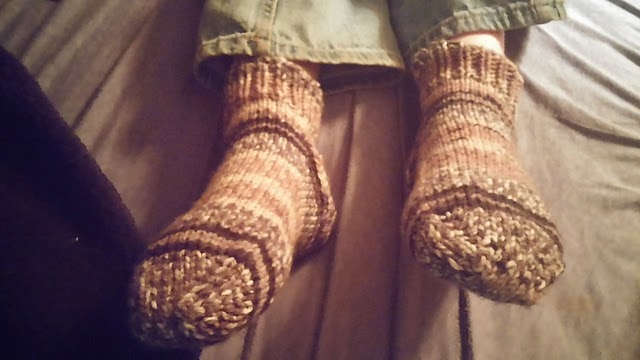 These were made using left over Hobby Lobby I Love This Yarn in camouflage ombre print. I used the pattern from You're Putting Me On. I don't care much for the heel. He likes them a lot - so they must be more comfortable than I expected... but I'll probably go back to other toe-up heel patterns.


Since I needed  a short break from stockinette - I spent about an hour or two to make a wildlife nesting bed to donate to Blank Park Zoo (might send it off after making a couple more)... it took 3 strands of worsted yarn - super fast, super easy and I think it was just the break I needed. 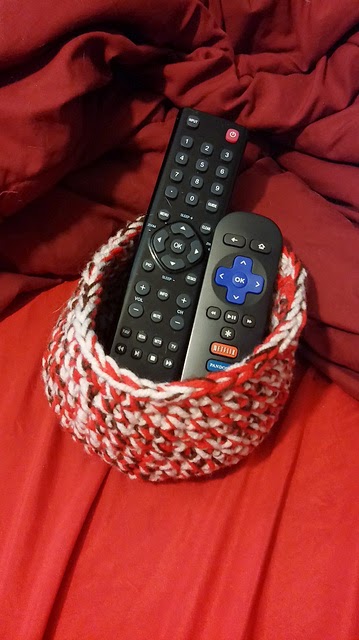 And I've cast on my Color Affection shawl - in cream and two shades of blue with Cobasi yarn. I'm hoping to have enough on the needles to show you in a week or so.
Posted by Penny at 8:43 AM No comments:

My newest grandson has arrived... 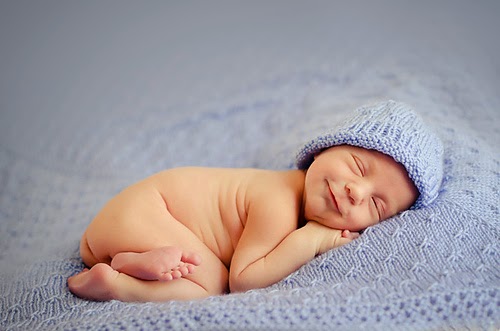 Blanket & hat is knit in Cascade Cherub DK, color Boy Blue. The blanket is the pattern Twinkle Twinkle Baby blanket. It was a super fast knit for DK and was easy to memorize the pattern. I created the hat by using the same pattern, but stopping the increases when I had the right number of stitches, adding a couple of increases to get to evenly divisible by 6. Then I was able to repeat the star pattern by simply staggering the stars. It came out a tiny bit big (room to grow into, huh?) and he's shown wearing it with the brim rolled up.
Posted by Penny at 8:21 AM No comments: